The Silane region hosts very significant amphibian communities in ecological and biogeographic terms and is listed as one of the 51 high diversity areas of amphibians and/or endemites of the Palearctic. In Sila almost all species of amphibians in Calabria (11 out of 12) are in fact reported, with different endemic or sub endemic forms of Italy (well 8 out of 11) or that find in Calabria the southern limit of their range (4 species). Nine amphibians present in Sila are species of European interest protected by the Habitats Directive (Attachments II, IV or V). 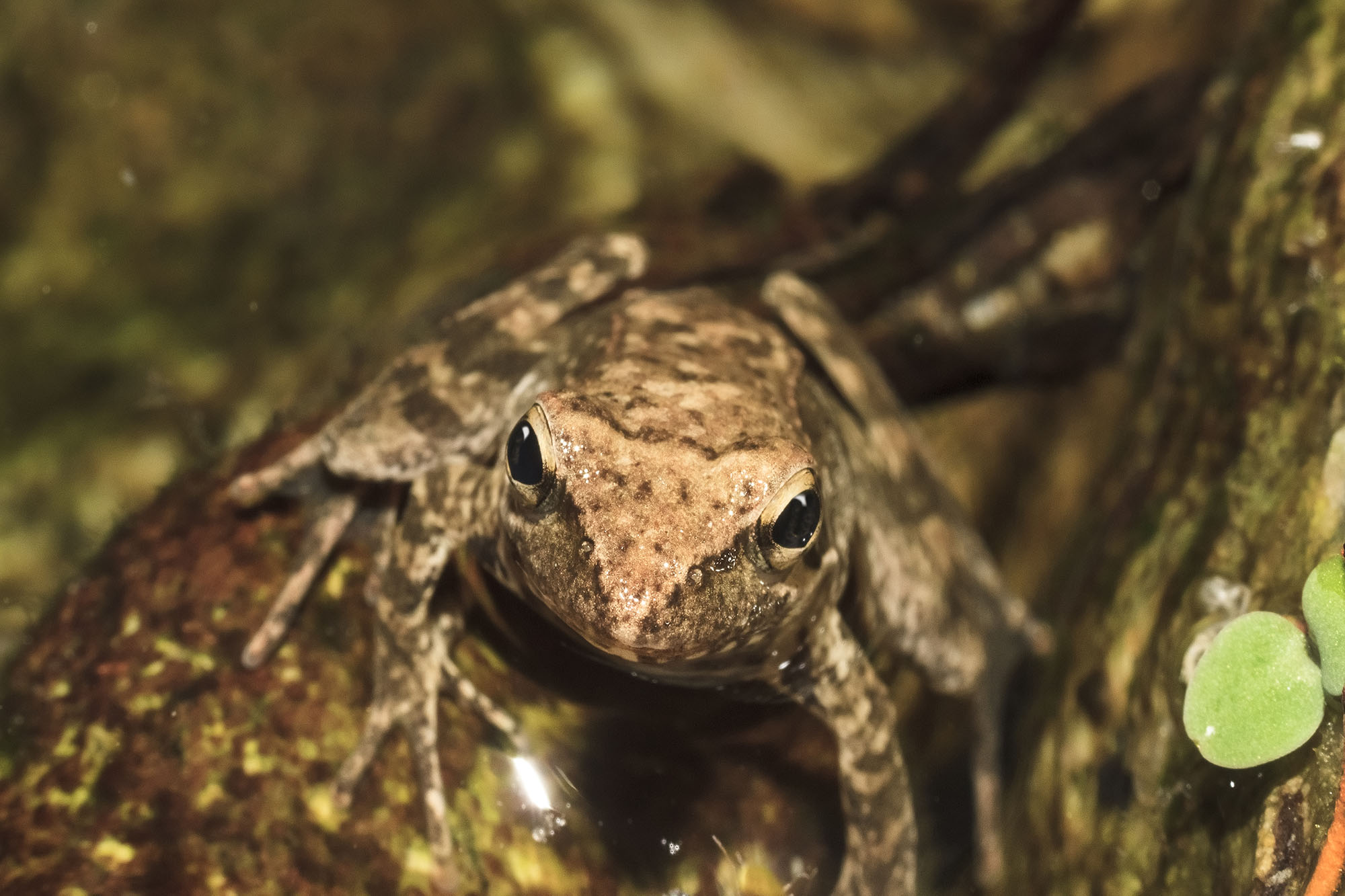 Among these, the Apennine yellow-bellied toad (Bombina pachypus) (photo below) has particular importance, it is an endemic species on peninsular Italy with highly fragmented areale and often small population, in a very unfavourable state of preservation in Mediterranean Italy (category U2 = bad) and included in the category "in danger" (EN, endangered) in the IUCN Red Lists, both on a global scale and at a regional (European and national) scale. Recent studies indicate that the Bellied’s population of the Calabrian sector of the Apennines is the least threatened and shows adequate levels of genetic variability; for these reasons the population protected by the Sila Park and other Calabrian protected areas are particularly important. 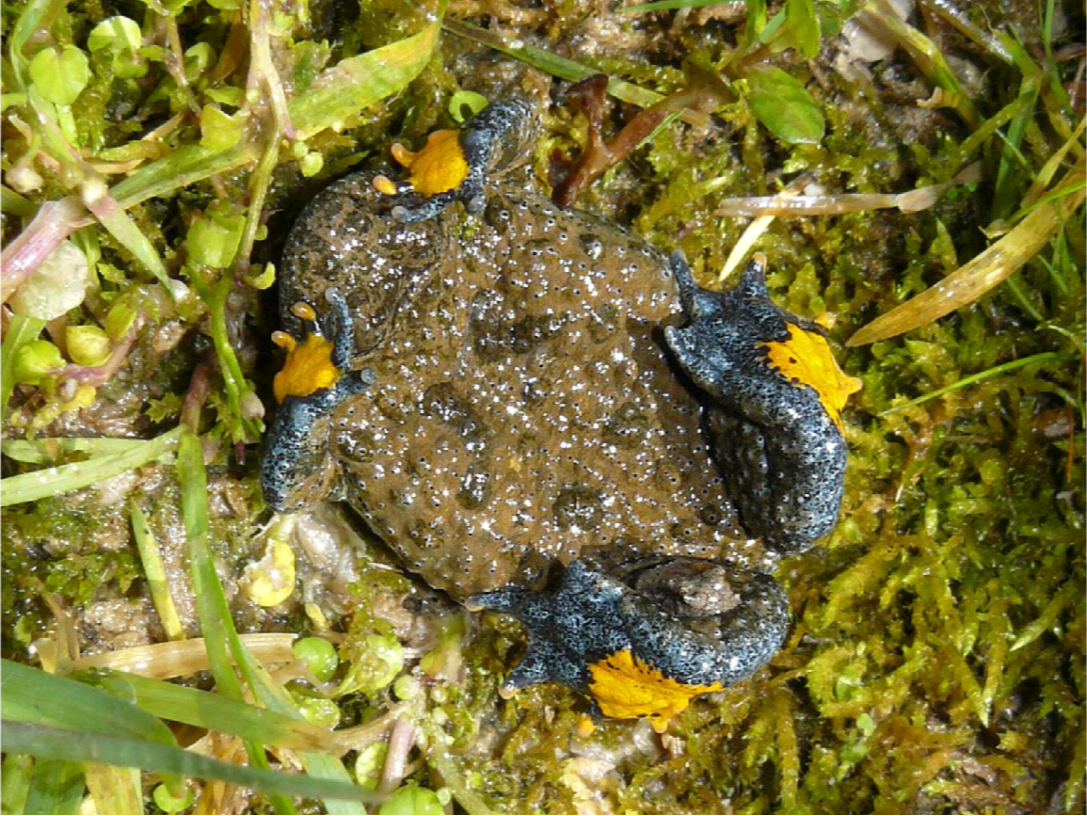 At least 12 species of reptiles are reported in the Silane area (on 16 reported in Calabria). We can remember in particular the saettone with red-eye (Zamenis lineatus) and the Italian orbettino (Anguis veronensis), endemic forms of the Italian peninsula recently recognized as distinct species. The Silane plateau also houses 7 reptiles of European interest (Attachments II, IV or V of the Directive Habitats). 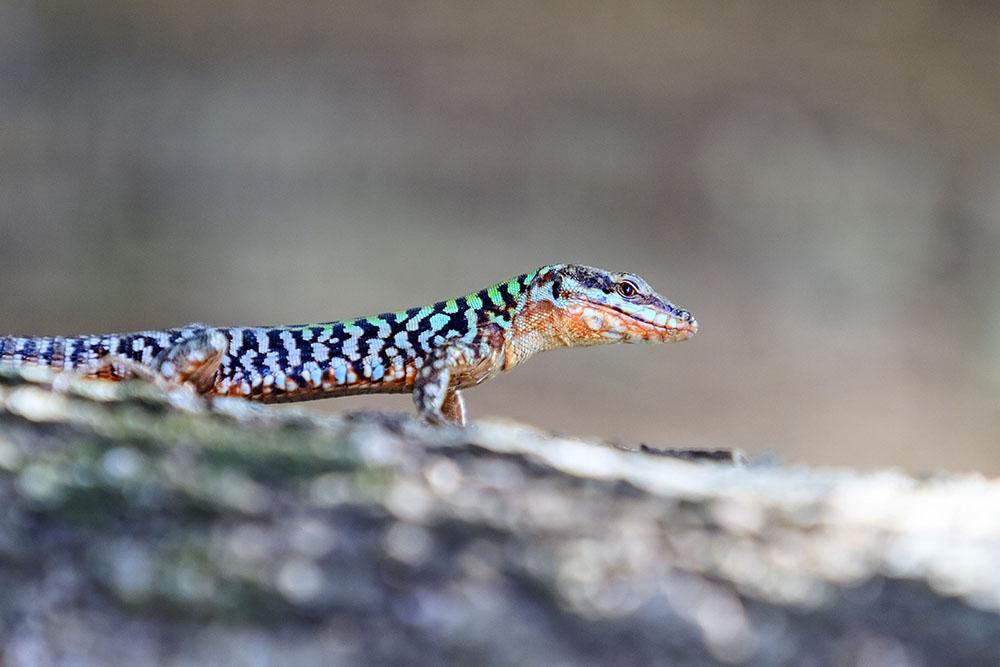 The species of amphibians and reptiles of Palearctic have been the subject of studies based on techniques of biochemical and molecular genetics in order to investigate the historical processes that have contemplated the current geographic distribution of intraspecific genetic variability, with particular regard to the Mediterranean area. In particular, the studies carried out on amphibians of the Apennine peninsula have shown that many species reported in Sila are present in central-southern Italy with genetically differentiated forms. These studies have helped to give body to the most recent biogeographic theories inherent in the Mediterranean basin.