In the territory of the Park the collection of mushrooms is allowed only if in possession of a special card, as regulated by the regional legislation, L.R. 26 November 2001, n ° 30 "Rules for the regulation of the collection and marketing of spontaneous mushrooms epigeans fresh and preserved. " This is to apply with reasoning methods of management for the ecodevelopment of the territory, aiming at the realization of the integration between man and environment also through the maintenance and the development of the traditional agro-pastoral activities always practised in the area of the Park. 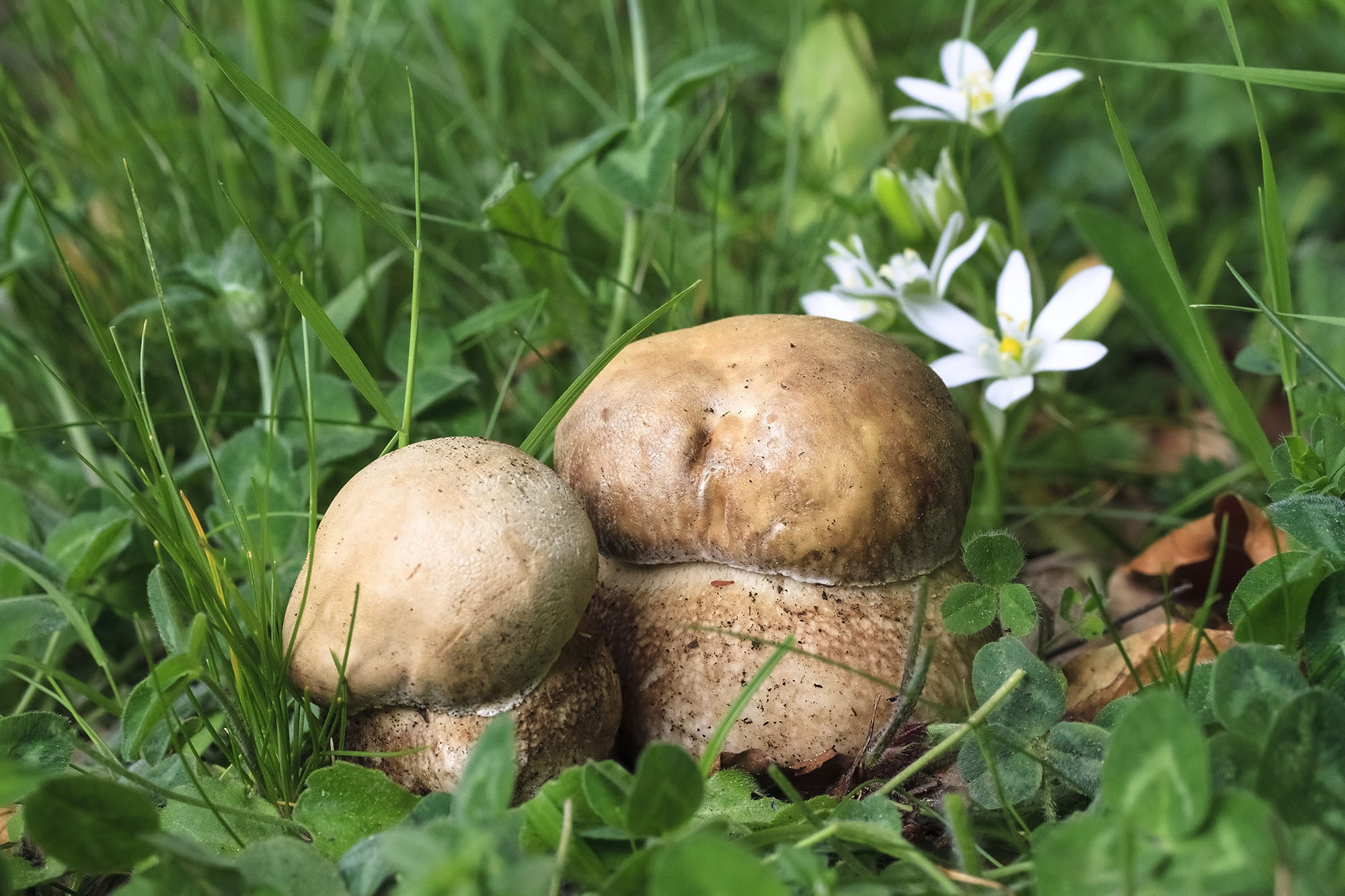 Among the most common edible mushrooms in the Park, known and sought after by local people, we remember the lattaio delizioso, in jargon called "rosito" (Lactarius deliciosus), which is very popular in the young pinewoods of laricio but also in the little fir trees, the boleto or Porcino (Boletus edulis) much appreciated and growing in symbiosis with both hardwood trees and aghifoglie. The porcinello rosso is also diffused (Leccinum aurantiacum). It lives in a close relationship of symbiosis with the tremulous aspen and has large fruiting bodies that change color to the cut. Common in pine forests, in quite numerous groups, is also the boleto luteo locally called “vavuso” (Suillus luteus and Suillus granulatus). The mazze di tamburo (Macrolepiota procera), the galletti (Cantharellus cibarius), the spugnole called "trippicedde" (Morchella rotunda) are very well known and wanted - to be consumed only once cooked because they contain elvellico acid which is deactivated only with temperatures above 80 °- and not to be confused with the false spugnola (Gyromitra esculenta) that despite the name "esculenta" is harmful because it contains the giromitrina, a substance that causes accumulation in the body even after several years, causing irreversible damage to liver and kidneys and therefore death. Common are also the vescie (common name that collects under a single umbrella Bovista plumbea, Calvatia utriformis, Lycoperdon pyriforme and Lycoperdon saccatum) that are collected only by young people when their pulp is white and compact.

Much sought-after but not very widespread is the ovulo buono (Amanita Caesarea), while known and collected only by some communities are the prataiolo (Agaricus campestris), the chiodino or famigliola buona (Armillaria Mellea), the colombine (various representatives of family of the Russola, which also counts inedible members) and the coprino chiomato or fungo dell’inchiostro (Coprinus comatus), which is collected only unripe before the lamellas become black and deliquescent.

Rare are the laccarie violette (Laccaria amethysta), edible even if their particular colouring suggests not recommanded mushrooms. Somewhat appreciated by the connoisseurs are also the tongue of ox (Fistulina epatica) and the polipori that are called “nasche” (Grifola frondosa), which live on the trunks of conifers and hardwood causing the brown caries of wood and are edible only unripe when their pulp is tender, tasty and not lignified; very widespread is the peveraccio pepato (Lactarius piperatus), rarely researched due to the very acrid taste and excessive cooking time. There are also the flashy fingers known as "funghi corallo", belonging to the genus Ramaria, such as the golden and flava, both edible as opposed to the pale ones (Ramaria formosa), with white trunk and greyish yellow branches, because toxic.

The venomous red Columbine (Russula emetic) and the evil ovum (Amanita muscaria), as well as the deadly greenish tignose (Amanita phalloides) and Tignose Bianche (Amanita verna) are also to be avoided.

The professional seeker, in jargon called "fungaio", is always a jealous defender of the natural environment in which the mushrooms proliferate and is aware that even the indigestible and poisonous mushrooms have a qualified function in their communities. It is also necessary that the occasional, less competent and experienced seekers will adjust the respect and preservation of the silane environment and in particular the area of the Park, territory subject to special protection also for the singular plant associations that livello in it.