In the park there are two centers of acclimatisation and diffusion of the fauna: Golia Corvo and Poverella Village Mancuso, managed through the Departments Carabinieri Biodiversity.

The reserve of Golia Corvo expands for 350 ha in Sila Grande, at an altitude between 1300-1600 m s.l.m. and falls within the territory of the municipalities of Spezzano of Sila and Longobucco. It is a biogenetic state nature reserve which was established on 13 July 1977 by a decree of the Ministry of Agriculture and Forestry. 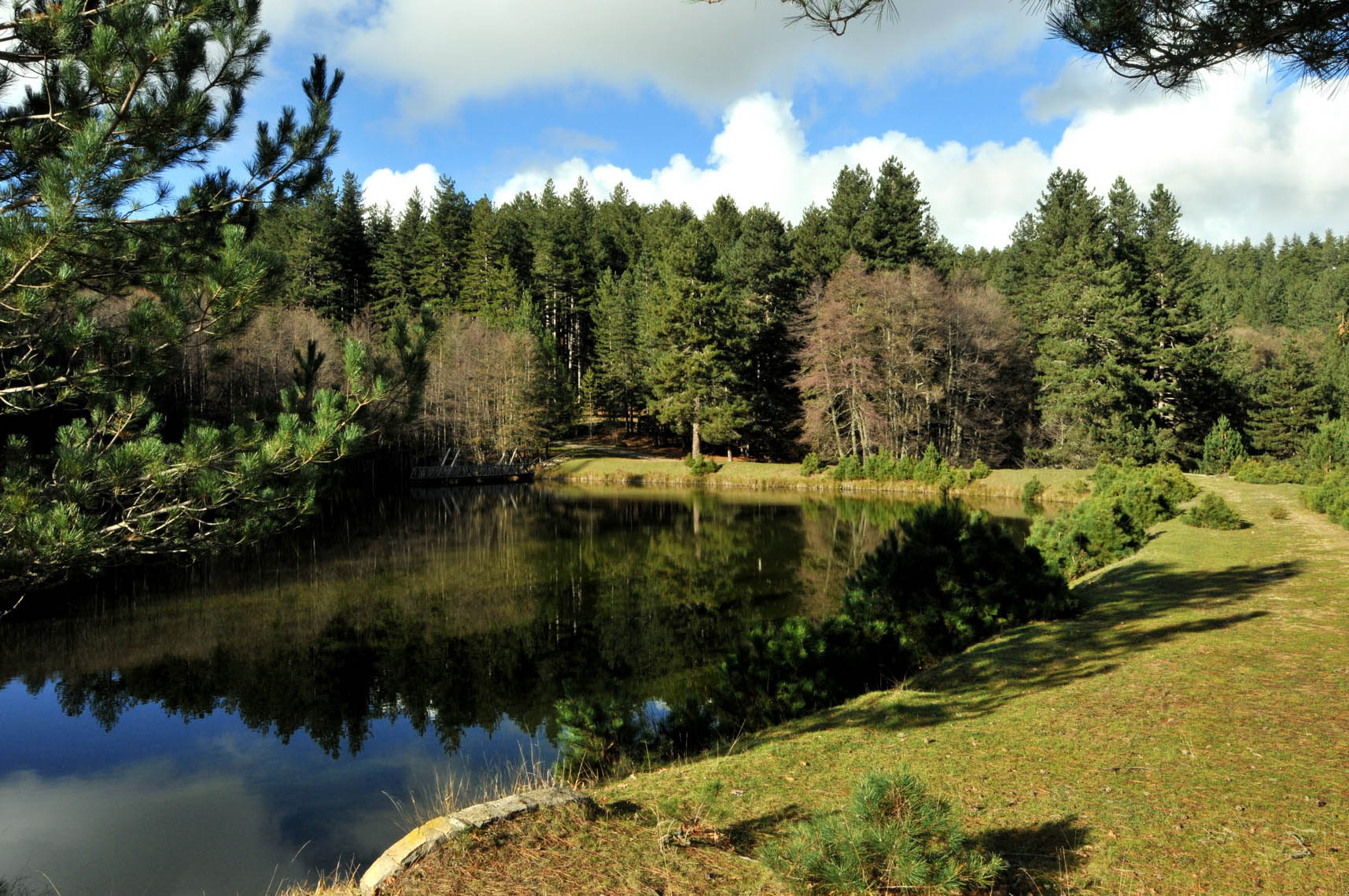 The reserve is centrally located on the plateau of Sila Grande, on predominantly granite rocks. The area occupies part of the basin of the Cecita stream until its entry into the artificial lake of the same name. The geological foundation is constituted, exclusively, by granites that changing giving rise to loose soils, not very fertile. Nevertheless they can be considered good forest soils. The climate according to De Philippis is of Mediterranean type with winters not too rigid and summers not very hot, but dry. According to the Pavari's classification, the reserve is entirely part of the Fito-Climatic band of the Fagetum, a hot sub-zone with transitions to the cold sub-zone. 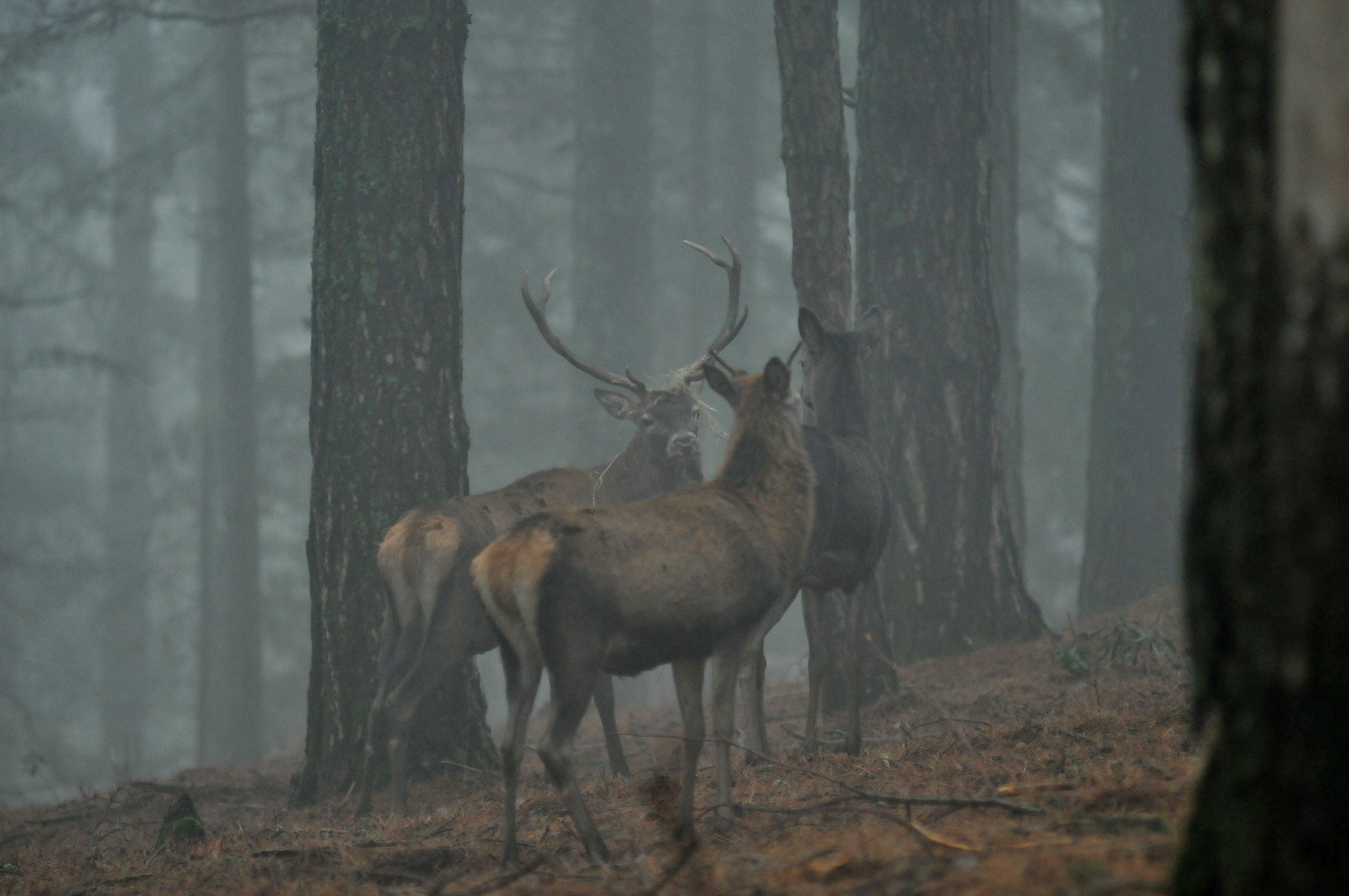 Among the mammals frequent the area the roe deer, Capreolus capreolus and the deer,, Cervus elaphus, thanks to the reintroductions operated in the late eighties by the then National Park of Calabria in collaboration with the State Forestry Corps. Until then of the original population of deer were remain only memories of the scholars of the sixteenth century.The first reintroductions of deer were carried out in a center of diffusion and acclimatation of about 400 ha, present in the reserve in the heart of the park. The experiment has given excellent results, so that every year they free themselves from 15 to 20 heads. Thanks to these interventions, we can now say that the deer is present in the whole area of the Sila National Park.

Another done reintroduction was that of Roe Deer, reported with over 200 individuals in Sila Piccola. Among other mammals, we include the Wolf, Canis lupus, the squirrel, Sciurus vulgaris, the Wildcat, Felis sylvestris,the wild boar, Sus scrofa, the marten, Martes martes, the stone marten, M. foina, the polecat, Mustela putorius, the Weasel, M. nivalis, the badger, Meles meles, the Italian hare, Lepus italica, the fox, Vulpes vulpes. A large wildlife enclosure is included in the reserve for the projects of reintroduction of ungulates. It is of great zoo-geographical interest the presence of a small rodent of the Gliridi's family, the Driomio, Dryomys nitedula, with Palearctic distribution but present in isolation in Calabria with the endemic subspecies Aspromontis. Among the nesting birds we can remember: the Goshawk, Accipiter gentilis, the Sparrowhawk, Accipiter nisus, the falcon pecchiaiolo, Pernis apivorus, the Buzzard, Buteo buteo, the Black woodpeckers, Dryocopus martius, the wood pigeon, Columba palumbus, the scops owl, Otus scops, the Torcicollo, Jinx torquilla, the red greater woodpeckers, Picoides major, the Tordela, Turdus viscivorus, the Fiorrancino, Regulus ignicapillus, the Titmouse bigia, Parus palustris, the Luì Verde, Phylloscopus sibilatrix, the Nuthatch,, Sitta europea, the Rigogolo, Oriolus oriolus, the Little red-backed shrike, Lanius collurio. It is noted that some species of birds, such as the Golden-crested, Regulus regulus, the Siskin, Carduelis spinus and the Crociere, Loxia curvirostra, that usually nest at higher latitudes, find in the reserve a suitable habitat and on the plateau of the Sila the limit more Southern of their range. 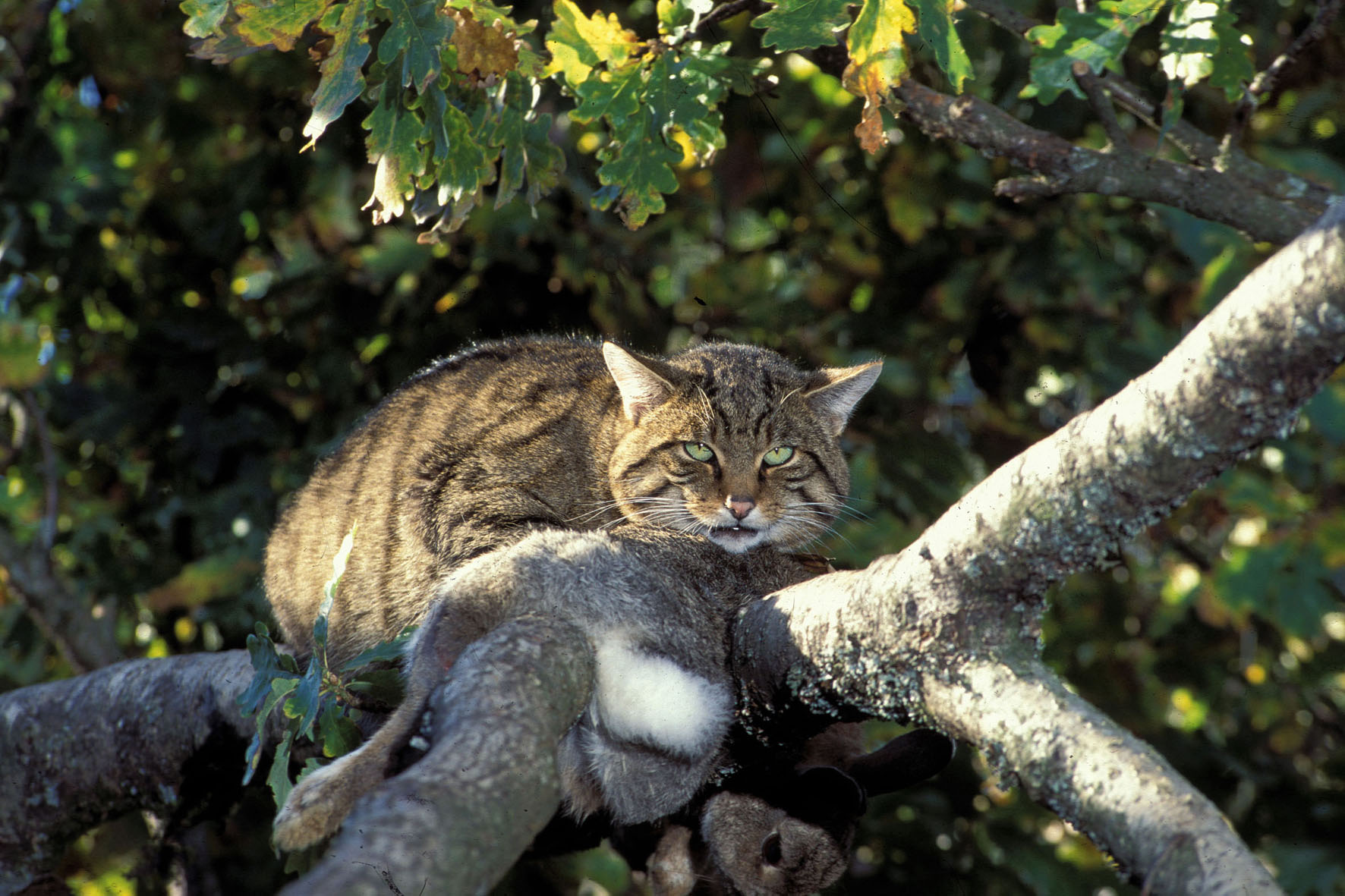 The reserve of Poverella-Villaggio Mancuso extends for 1,086 ha in Sila Piccola, at an altitude between 850 and 1.280 m s.l.m., and falls within the territory of the municipalities of Taverna and Albi. It is a biogenetic natural reserve established on 13 July 1977 with a decree of the Ministry of Agriculture and Forestry.

The reserve has a wavy morphology, with a slope that is always kept within moderate limits. The geological foundation is made up of archaic changed rocks dating back to the last period of Paleozoic and formed by Gneiss and Grenadier Micacisti. The annual avarage rainfall is around 1,300 mm, the annual average temperature is around 10° C, the climate is typically Mediterranean with overcast autumn-winter and higher temperatures in the summer months.

The forest populations present transform, with the altitude, from the Evergreen Oaks, to the oaks caducifoglie, to the pure forests of pine laricio, to the beech-woods with sporadic presences of white fir.Secondary species are the Neapolitan black alder, the mountain Opalo tree maple , the chestnut, the tremulous poplar. As part of the biodiversity protection activity, it is worth underline the particular presence of the Calabrian pine laricio with thicker heartwood and cylindrical trunks. Among the shrubs there are the Hawthorn, the Rosehips, the Butcher's-Broom, the Holly, the tree elder and other minor species.

Among the mammals, the most important species is certainly the Wolf, Canis lupus, a few years ago in danger of extinction; today the wolf population seems to be increasing. Other widespread mammals are the roe deer, Capreolus capreolus and the wild boar, Sus scrofa, among the mammals of small and medium size we remember: the squirrel, Sciurus vulgaris, the hare, Lepus capensis, the wild cat, Felis silvestris, the fox, Vulpes vulpes, the yew, Meles meles,the marten, Martes martes, the stone marten M. foina, the skunk, Mustela putorius. The presence of a small rodent of the gliridae family, the Driomio, Dryomys nitedula,with palearic distribution but present in isolation in Calabria with the endemic subspecies Aspromontis , is of great zoogeographic interest. Among the nesting birds we find the goshawk, Accipiter gentilis, the sparrow-hawk, Accipiter nisus, the hawk, Pernis apivorus, the buzzard, Buteo buteo, the black woodpecker, Dryocopus martius, the woodpigeon, Columba palumbus, the scops owl, Otus scops, the torticollis, Jinx torquilla, the great spotted woodpecker, Picoides major, the tordela, Turdus viscivorus,the fiorrancino, Regulus ignicapillus, the titmouse bigia,, Parus palustris, the luì verde, Phylloscopus sibilatrix, the nuthatch Sitta europea, the Rigogolo, Oriolus oriolus, the little red-backed shrike,, Lanius collurio. Some species of birds, such as the golden-crested, Regulus regulus, the Siskin, Carduelis spinus, and the Crociere, Loxia curvirostra, usually nesting at higher latitudes, find a suitable habitat in the reserve and on the Sila plateau as the most southern of their range. 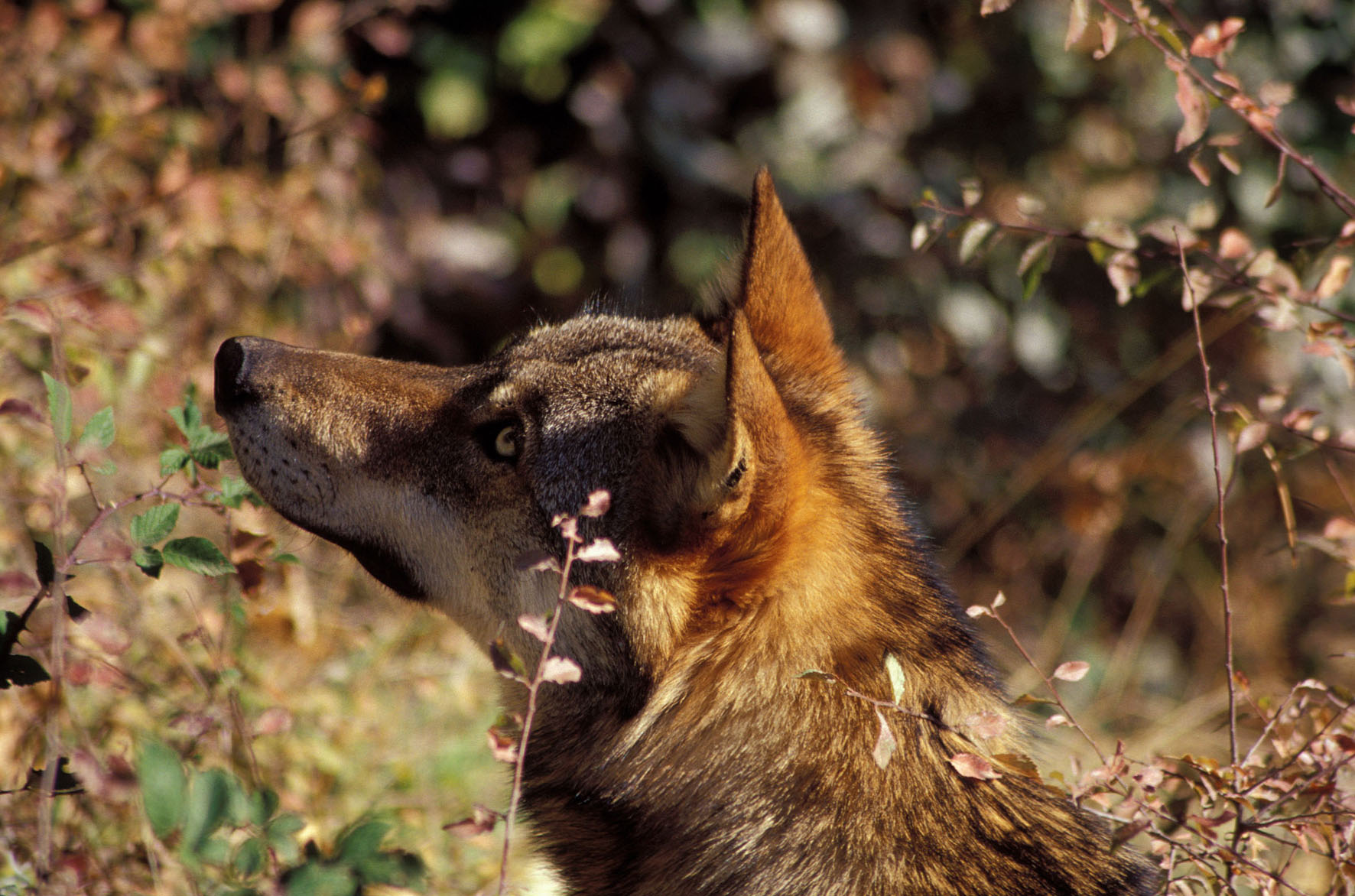